BOI: The Hand Giveth, The Hand Taketh Away

Bank of Ireland continues to befuddle me as a company. In some areas they absolutely excel, but in others they’re the worst of the worst. In meatspace I’ve dealt with their branch staff quite a bit in recent years because of several long-winded account changes, and apart from a few – inevitable – errors, they’ve been a pleasure to deal with. Friendly, helpful and competent, their staff run with problems until they’re fixed, taking responsibility and apologising for issues that pop up along the way. On the face-face-face front, companies could learn a lot from BOI.

Step outside the branch network though, and it can be very slapdash, particularly when technology is involved. The IVR systems are long-winded and circuitous, the websites are ugly and befuddling, and having watched people run through their own internal forms on my behalf, I can only imagine how much time is wasted going forward and back in their systems trying to get things done. Their Business OnLine system, though, should be used by experts in usability and design on how not to design a web app.

If you use BOL, you know what I’m talking about. If you don’t, visit it and take a look, but please, don’t click on anything yet if you run anything bar Windows and IE, as you could actually break something. And in a brilliant way, as will become apparent. When you arrive on the site, a little window will pop up telling you that “Business On Line [is] Loading”, and that you should “Please wait”. While you’re waiting – it’ll be a while, because it will load for a period of âˆž seconds – have a look around at the design and layout.

Quite apart from the fact that they’re generally just awful, you’ll notice that it wasn’t just the application developers that didn’t understand cross-platform and cross-browser development, the designers don’t either; check out the lovely rounded corners in Firefox, for example. The layout is atrocious too of course, with links scattered about the page seemingly at random. Still “loading”? You may have noticed the “PC Compatibility” link while waiting, and been tempted to click it, but don’t if you’re running Firefox please, because it’ll crash. Yes, the “PC Compatibility” page will crash your browser.

If you actually are running Windows and Internet Explorer you’re probably ok, but make sure you install Java first. No, not Sun Java or any other commonly available Java VM, they won’t work; you need the Microsoft JVM. The one that isn’t available any more. BOI will give it to you when you’re trained on their system, but getting it after a reinstall can be a bit tricky if you’re in a rush, you’ll need to google for “msjavx86.exe” and install it yourself. Don’t forget to update afterwards while you’re at it, as that version isn’t secure, and you can’t install the update without installing that. Efficient, eh?

If you’re a user of BOL you may have been told that a new version is on the way, like I was a year or two ago when I first started using it, but I’m afraid that was either a lie or bullshit, because there’s no end in sight. In a week when they’ve upgraded their consumer-level online banking system to something approaching a decent web app – but still not even close to a good one – a customer care rep has confirmed to me that the timeframe for rollout of a BOL upgrade is being calculated in years. And not just a couple of years either:

“at the early stages of this project we may have been given an unofficial timeframe of one maybe two years but now the project has enlarged and has turned into a large scale project incorporating a number different sections. It has grown enormously since the very initial stages of scoping the project and they are not in the position as of yet to issue us with timeframes for the completion of the project”

Let’s be clear on something here folks: this is a web app. Myself and two colleagues are talking about building a web app project at the moment, and the longest part of our lead time is 3 months, while we wait for one to come back to Ireland. When he does, we’ll spend a month on the near side hashing it out, a month firing it together, and a month on the far side on cleanup and pitches, for a total of 6 months. If it were a web app for a bank, we might spend another six months security consultations and code reviews, maybe even a full year. But 2 years plus, when it was obvious 2 years ago it was shite? Fuck off.

Sorry, that’s probably more appropriate for a KDE app, and this most certainly ain’t one of those. IBM explains it far better than I can:

developerWorks: Even if your work doesn’t require you to reboot your Linux machine several times a day, waiting for a system to reboot can be a real drag. Enter kexec. Essentially, kexec is a fast reboot feature that lets you reboot to a new Linux kernel — without having to go through a bootloader. Faster reboot is a benefit even when uptime isn’t mission-critical — and a lifesaver for kernel and system software developers who need to reboot their machines several times a day.

Unfortunately kexec doesn’t unload your apps before loading the new kernel yet, but apparently that’s on the slate. Given that some of my servers are solid-but-cantankerous old farts that sometimes stall at the BIOS level when booting, this’ll be a boon when I want to reload them remotely.

For some bizarre reason it’s impossible to export multiple files from Google Docs without using a Greasemonkey script, despite the fact that (apparently) the functionality used to be available in Google Docs’ predecessor, Writely.

I want to request this feature, but the growing control-freakery in the company put paid to the direct feedback forms that used to accompany all of their services. So I’ve added my voice to this thread on the subject, and I’d appreciate it if you’d add your voice too if you’re a user.

Is Google ever going to get user-friendly again I wonder? Or was that solely to gain market share? Don’t forget Google, if you’re only competing on functionality, you’d better make damn sure you stay ahead of the field. If you don’t you’ll get fucked, not to put too fine a point on it.

Italian parliament to go with SuSE

Great news for open source. Bizarre that the Italians went with a German distro though, and the French went with a South African one instead of Mandrakiva!

The Inquirer: The IT department of the Italian parliament today presented plans to begin migrating some 3500 desktop PCs, including those of its 630 MPs, away from Windows to SuSE Linux starting this September. The Camera dei deputati will also run SuSE on all of its two hundred servers.

This makes it the second and largest parliament in Europe to choose open sauce. The French parliament, with 577 seats, voted last year to have open sauce installed on all of its 1145 PCs. France decided on Ubuntu this February and the migration in the Parliament should be underway.

Chortle. If that’s not throwing in the towel!

SiliconRepublic.com: Companies bothered by Vista incompatibility with their existing business software can ease the transition by availing of Microsoft’s new downgrade options, and switch back to XP until all software conflicts have been resolved. 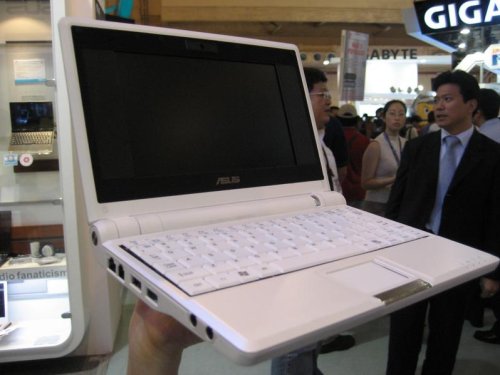 Did you know it’s possible to split your Word/Excel windows in two, so you can refer to something in one section while typing in another? I had no idea. Also available in OpenOffice Calc, but not Writer for some reason.