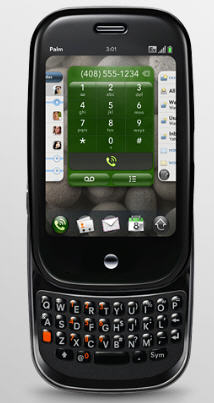 I wouldn’t be mad about the Symbian platform, but this is still huge news, it has a huge install base.

Symbian co-founder Nokia announced Monday night that it is buying the 52 percent of the software maker that it doesn’t already own and releasing its mobile operating system under an open source license.

Someone should buy nineties-thinker Tavis McCourt some clue though:

“With the success of Apple’s and RIM’s models, we would have thought traditional handset vendors would develop and maintain similar proprietary OS models,” said Tavis McCourt, a Morgan Keegan analyst. “We view this move as a long-term positive for the smartphone vendors that own their own OS (RIM, Apple and, soon, Palm).”

I was just telling Walter that I don’t come across anything worth blogging these days – christ, I’m liveblogging now – when lo and behold this pops up:

Excellent, about time they stopped raping Irish users. Now all they need to do is cut it by another 50% or so.

SiliconRepublic: Mobile operator O2 said this morning that monthly blended average revenue per user (ARPU) “combining voice and data revenue” fell from €45.2 in the fourth quarter to €44.2 in the first quarter of 2008.

And his first post is about smartphones. I never fail to be impressed by that man. I think he’s a bit harsh on the Treo 680, but by god is he right about Palm in general — I don’t think they know what they fuck they’re doing, never mind their customers.

Perhaps they could take Stephen on to develop and roll out his idyllic 800, which really isn’t asking all that much in the current technical environment. He could replace the fuckwit that came up with the giant waste of time and money that was the Foleo.

The full response to my objection is attached if you’d like to read it, but roughly translated from the we-don’t-give-a-shit-what-you-think language the Greens have rapidly picked up from the Fianna Failures, it says:

“I didn’t actually read your email and have sent you this form response. Fuck you.”

And fuck you too Eamon.

The narration on this is a bit Norman House, but when you’re this clever you’re allowed. Very much a why-didn’t-i-think-of-that technology, these guys are going to do very well for themselves.