Off To Vote No. Again.

Right, I’m off to vote No to Lisbon, for the second time. Making life even easier for pols at the expense of the people they’re supposed to represent, is not my idea of good policy.

While I won’t assign it the “reinvention of the web” tag others are giving it quite yet, Opera Unite is something new in a space where we really don’t see truly fresh things very often. In a nutshell, it’s a mashup of “traditional” web services, peer-to-peer, and your browser; in more detail, it’s locally hosted file sharing and communications, with the following services out of the box:

Yes, we can install all those services on our own computers – many of us have done for years – but the social aspect makes them all much more accessible. It’s a bit clunky now, but in time – particularly if they hook up with Facebook Connect or similar – you’ll be able to find people and help people find you, and take complete control of your services.

I like this. I won’t use it right now because I couldn’t possibly move away from the browser I’ve created out of Firefox, butÂ  when it comes out of beta I could well switch over. I like control over my data, and Unite gives it to me.

Not that it’ll be that different…

…given my intermittent appearances around here, but I’ll be AFK for a week or so, checking out Malta.

You also missed several posts over the last few days, because I updated to Feedburner and for some reason the FB plugin doesn’t seem to be redirecting the feed correctly in Google Reader, and perhaps other readers. If you use the feed, please update to the following. I’ll re-enable FB when I come back.

Click through if you haven’t seen an update in a few days, I’ve posted a few bits and pieces.

I’m voting for myself.

Think I’ll write my own name onto the ballot card, stick a tick beside it. I think I can trust myself.

…of the Labour Party. If you send me another piece of campaign literature on Senate headed notepaper or in an Oireachtas prepaid envelope, you’ll be guaranteeing your non-appearance on any ballot card of mine.

I’ve heard all the excuses and had a discussion with Mike Allen about it in 2004, and my opinion remains the same: What you’re doing is theft, right out of my pocket and the pockets of every person in Ireland.

Have a bit of respect for the people and the party you’re supposed to represent, for fuck’s sake.

UPDATE 08/05 11:37: Received another letter in a Dail envelope this morning, with my (renewed) Labour membership card. An incorrect membership card at that. I’ve asked them to send a replacement in an envelope paid for with my membership fee, not my taxes, or a refund.

UPDATE 09/05 15:58: Maman Poulet has received a letter from Green Party candidate David Geary, lobbying for Mr. U-Turn, again in a prepaid Oireachtas envelope. MP takes the time to point out the following section of the Code of Conduct for Office Holders:

Official facilities should be used only for official purposes. Office holders should ensure that their use of officially provided facilities are designed to give the public value for money and to avoid any abuse of the privileges which, undoubtedly, are attached to office.

Lobbying is private party business, not official goverment business. Should we be voting in people who break the rules before the election, never mind after?

UPDATE 13/05 11:37: Phone call from Labour, telling me it’s my fault they didn’t update my constituency when I provided my new address, and that it’s ok to use the Oireachtas envelope because it’s Eamon Gilmore’s. I don’t even understand the logic of that. They also admit that the envelopes are handed over to a private company for the purpose of distributing their membership cards.

These things. Anyone got any empty ones? 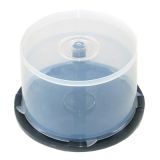 I have most of a case of wine plus a few assorted bottles left over from me wedding, if anyone else is getting married or just fond of plonk. Can’t stand the stuff meself and can’t sell it anywhere because of “rules”. Huh!

I’m going to the pub.

Probably a bit late for anyone that’s actually mad enough to be reading this now, but sure I said I’d say anyway. Text me if you’re around, my mobile is here (password ‘deleted‘).

Last post of the year I reckon, hope ye had a lovely christmas and will have a great new year, in the face of it. Fingers crossed we’ll all get through it intact.