“Your Country, Your Call, You’re Doomed”

Bock The Robber on the Your Country, Your Call idiocy. A farce from start to finish, it was obvious to me the day it was announced that we’d end up with the garbage we did. It’s Bock’s own suggestion at the end of the – entirely justifed – rubbishing I like though. It’s how I try – and sometimes fail, I’ll admit – to run my business, and I despair at the companies and people I come across that don’t.

Now, lest you accuse me of negativity, and point out that it’s easy to criticise, let me give you my positive suggestion.

It isn’t based on marketing, positioning, flim-flammery, three-card-trickery or trying to persuade the world that we’re honest when the world knows full well what a bunch of gobshites we are. Â It isn’t based on wishful thinking, it doesn’t use the sort of nonsense phrases like world-beating that for years we relied on to delude ourselves.

I suggest re-educating our entire population, from the youngest pre-schooler to the grimmest old businessman, and including the public service and politicians, explaining precisely what integrity means. Â I suggest teaching our entire population that marketing, promotion, sales, PR and international glad-handing are of no use whatsoever if the thing you’re trying to sell has no substance.

If we don’t take this seriously, we’re doomed to repeat the current economic disaster over and over again, each generation with its own Bertie Ahern, its own Seanie Fitzpatrick, its own Fingers Fingleton, and all the other assorted, integrity-free panhandlers and parasites who have soiled the reputation of this country and sold us down the Swanee for their own, ignorant, self-serving enrichment.

Let’s put all our effort into creating the Honest Economy.

We sell ourselves as a big IT player, but we act like Farmer Joe when it comes to actually implementing stuff. In fact that’s an insult to Farmer Joe, there are plenty of farmers out there who could or have got a website up and running in less than a month.

BreakingNews.ie: A new national website dedicated to promoting Ireland as an ideal place for business, tourism, culture and education is set to come on stream next year.

My company can get a starter website with content management up in an hour, why can’t Gov.ie do the same thing and build it out as needs be. We’re kinda in trouble now, you know?

I’d love to know who’s going to be implementing this, and at what cost. A big player no doubt, offshored, for a ridiculous price that will overrun. Presumably they’ll be hand-crafting each pixel out of pixie dust.

Norman Finkelstein, a Jewish American political scientist and author, specializing in Jewish-related issues and the Israeli-Palestinian conflict was invited to give a speech at the University of Waterloo in which a Jewish girl threw the Holocaust card to criticise him.

Ben Goldacre: The BCA have dropped their case. It has not been good for them. It will now get worse. Singh has made it clear that he will pursue them for his costs: this will cost the BCA dearly, and it is money they can ill afford. I’m off to write about it for the Guardian but I thought you’d like to know, BBC and Times pieces below. People who sue people over criticisms of science are fools. The BCA statement, meanwhile, is typically vile. Especially the bit where they talk about being vindicated. Oh, and amusingly this is Chiropractic Awareness Week. Yes. Yes it is.

Times Online: RICHARD DAWKINS, the atheist campaigner, is planning a legal ambush to have the Pope arrested during his state visit to Britain â€œfor crimes against humanityâ€.

Dawkins and Christopher Hitchens, the atheist author, have asked human rights lawyers to produce a case for charging Pope Benedict XVI over his alleged cover-up of sexual abuse in the Catholic church.

The pair believe they can exploit the same legal principle used to arrest Augusto Pinochet, the late Chilean dictator, when he visited Britain in 1998.

We don’t even own a majority of NAMA?

According to Money Guide Ireland we actually only own 49% of this toxic waste, the rest is owned by PTSB, AIB and BOI, who purchased their share for just €51m. That’s can’t be right, surely?

But â€“ there is a small catch â€“ PRIVATE INVESTORS actually own 51% of Nama’s (National Asset Management Agency) property loans. 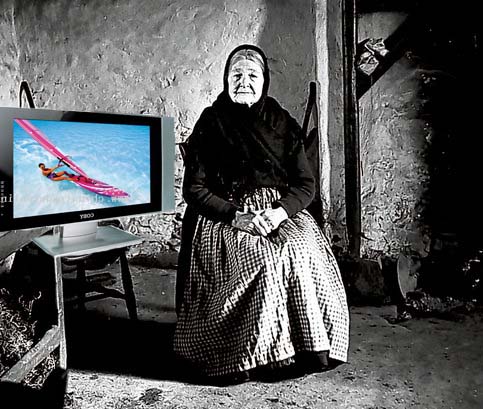 Apparently YouTube took down the original at the behest of NestlÃ©. Greenpeace have a copy on their site if my copy is taken down, they’ve asked that people download the original and upload it to video sharing sites they’re members of. Of course YouTube shouldn’t have taken it down in the first place, they know damn well it was Fair Use.

It’s a bit gross, and I’m not generally a fan of shock advertising, but the palm oil idiocy has to stop. Unilever last updated me on their intentions in May 2008, on the back of another campaign by Greenpeace. Their deadline for sourcing palm oil from sustainable sources? 2015. I mean, fuck off like.