Fab interactive mockup of Apollo 11, with video from the lander, annotated loops of the flight director and air-to-ground comms, even Armstrong’s heartbeat and more. Brilliant.

Alexander Rossi In A Lotus 49

Speaking of struggling and fighting and biting, here’s Caterham reserve driver Alexander Rossi wrestling a 1967 Lotus 49 around the Circuit of the Americas in Texas.

Gears! And a clutch! But can you imagine what it would have been like on 1967 tyres!

1 Year of the NY Times

Phillip Mendonça-Vieira: Due to an errant cron task that ran twice an hour from September 2010 to July 2011, I accidentally collected about 12,000 screenshots of the front page of the nytimes.com.

This is brilliant: get someone locked and get them to talk about something historical, interlace with reenactments with real actors. Unfortunately most of them are American history, but here’s a fab one about Tesla with Crispin Glover:

I’m sure I’ve called Mark Zuckerberg a scumbag here before, usually because of his total disregard for privacy. This is the other reason.

I don’t feel all that sorry for the guys at Harvard that were done over, their handling of it must be a constant embarassment to the college with one of the most respected business schools in the world.

I don’t agree with the opinion that that’s “just how America works” though, and it certainly doesn’t stop Zuckerberg’s behaviour being that of a total doucehbag. I don’t doubt for a second that he’s still running the website and the business the exact same way today.

Finally got around to watching all of this. I only got the tail end of Henry’s, caught a few sweats before they faded out but I ended up spending most of my time in Freakscene. It amazing even then though, I just can’t imagine what it must have been like at it’s peak.

The Cork City Council crest is an excellent example of simple, representative design, but the County Council one is much more interesting. Well, for nerds anyway. Here’s the logo: 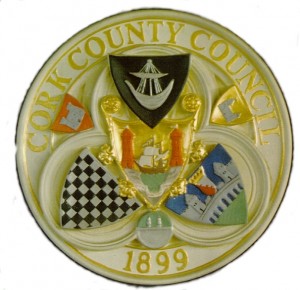 And here’s your anecdote for the pub:

TeachNet: In May 1899 Mr. Robert Day was appointed by the Council to select the most appropriate design for the seal of Cork County Council from 65 submissions. The winning entry was from Guy and Company Ltd., Cork, and is described as follows:

â€œThe design contains within the trefoil shape the shields of four ancient boroughs corporate, Youghal, Kinsale, Bandon and Cork, the latter occupying the central position as the chief city of the province, and which gives its name to the county. In the angles of the trefoil are placed the shields of three of the less important towns within the jurisdiction of the County Council. The whole enclosed in circular form, the upper part bearing the title and at the bottom the year of institution. The raised outer rim is composed of a running border of shamrocks. Celtic ornament is introduced into the sunk trefoil shape.â€

The three towns not mentioned are Castlemartyr, Charleville and Midleton, all of which had been boroughs corporate prior to the Municipal Corporations (Ireland) Act, 1840. Clonakilty had also been a chartered borough but surprisingly never had a shield or coat of arms and this perhaps explains its omission from the shield.

“This small collection was saved from the rapidly dying Geocities”.

My screenshot doesn’t do it justice. Go, go visit it in all it’s wonderous animated gifedness! 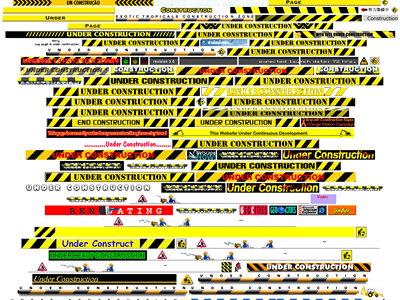