O’Reilly says he sometimes wonders what would have happened if he had raised venture capital and given his company a chance to get really big. But he sounds more amused by this question than truly troubled by it. “Money is like gasoline during a road trip,” he says. “You don’t want to run out of gas on your trip, but you’re not doing a tour of gas stations. You have to pay attention to money, but it shouldn’t be about the money.”

Sounds like the opposite of an awful lot of companies these days, particularly the Web 2.0 climbers.

Update 13/05: After an extended period of phone tag, I finally closed the account having accepted a €40 refund on the erroneous charges. The balance won’t come close to covering the time and frustration I’ve expended dealing with this idiocy, but I just want shot of it. Of course BOI will learn nothing from this.

Dear Person That Wouldn’t Or Couldn’t Type Their Own Name,

With reference to the attached letter, I would like to confirm that I’ll be paying every cent of the direct debits Bank of Ireland erroneously withdrew from my account, despite clear instructions not to overdraw said account when I converted an overdraft to a term loan several years ago. Amusingly, this was at Bank of Ireland’s insistence, with numerous tiresome phone calls.

I had already made one payment before the “official” you “assigned” to continue harassing me, left a message on my answering machine. I rang him shortly afterwards to inform him of this, but his phone rang out. I tried again later but I was directed to voicemail, where I left a message with my name and phone number. He didn’t call me back. END_OF_DOCUMENT_TOKEN_TO_BE_REPLACED

Great news! I have a lot of respect for LinkedIn, I have more trust in my social network there than on any other site. Probably all of them combined!

BBC: The business networking website LinkedIn has said it will base its new international headquarters in Dublin.

The company has not yet said how many jobs will be created but they are expected to include positions in sales, finance and customer service.

LinkedIn will manage its international expansion from Dublin with overall headquarters remaining in California. 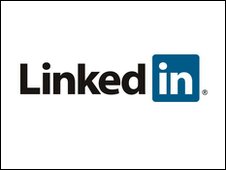 This is why I don’t buy Apple stuff, although I fail to see why Giz appears so surprised. Apple has been obsessed with proprietary, propriety and their “privacy” since year dot, from the giant dick at the top to the “I vos just obeying ze orders” tools at the bottom. It’s just a swishy Microsoft that adds fashion-victim appeal and takes away even more freedom than MS. You bought it and bought into it, so deal with it and shut the fuck up.

Gizmodo: The censorship problem is not only about the 5,000 titillating apps that fell down in flames after Apple’s latest puritanic raid. Except for apps from well known slippery-when-wet publishing houses like Playboy, that raid closed the smutty graphic category entirely. The censorship problem goes a lot deeper than that, and it has affected mainstream publications already.

I’ve been meaning to do a regular post about interesting IE domain drops for a while now, but wading through the list can be very dull. So instead of a comprehensive list, I’ll just troll through everything up to 10 characters, and after that ye can shag off and check yourselves.

The domains are linked to the ordering system on my biz site, with a reduced price of €20 cos I love ye. Only until the end of the month though, cos the price changes then; I’ll update with a new offer if I remember. The discount is applied at the checkout.

(Pardon the corporate shilling, I’ll post these on the business blog when I get it back into WordPress, where it belongs.)

This Is My Job

Actually I rarely do design these days, I project manage; so I get to be the interface between the Client and the Designer. One day I’ll find the perfect cartoon representation of designers, I’ll link that post to this, and that’ll be my new website! :)

Why burgers on telly look great…

They’re not even cooked!