The Gumball 3000 organisers are touting a North Korea stop for 2008. NK seems to be softening it’s line at the moment, so this’ll give Kim Jong Il a perfect opportunity to prove his commitment to change to the West: Lock ’em up. We don’t want ’em. 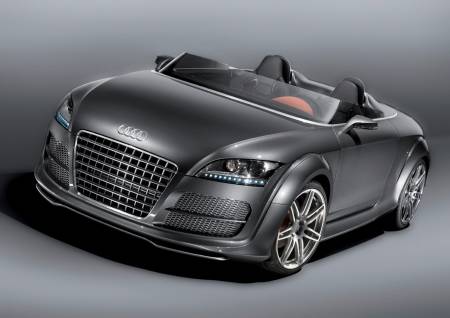 Autoblog wants to know “What’s up at Honda Performance Development for 2007“.

I want to know WTF is going on with the seventies carpeting? 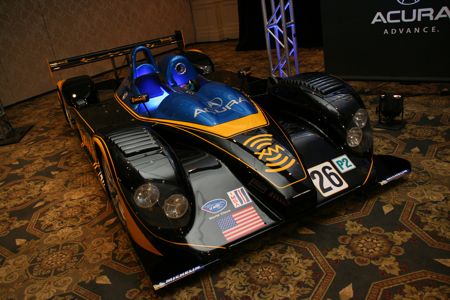 The big news at Lambo this week is that they’ll unveil a $1m+ limited edition at Frankfurt, but who gives a shit about that, look at this: 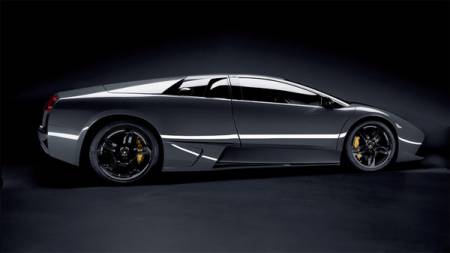 I’ve been a huge Lamborghini fan since the Countach in Cannonball Run, but it always takes me a while to start liking the next major model. It took a few years for the Diablo to grow on me, and when the MurciÃ©lago appeared on the scene I had a gander and continued lusting after it’s predecessor. I just changed my allegiance.

I still think the Gallardo is a monstrosity though. When I see someone driving one – on TV of course, we don’t get them in Cork – all I can think is: “Couldn’t afford a MurciÃ©lago.”

World Car Fans has spy shots of the new BMW X6, and Autoblog has a teaser video with Chris Bangle. I like the lines of this car simply because it reminds me of old school Paris-Dakar cars, but that’s all I like. Crossovers are just a ridiculous idea, and while I can understand BMW’s reason for rolling one out – people actually buy the Cayenne for some reason, god only knows why – I wish they’d stop throwing crap at the market and concentrate on retaining their well-deserved reputation for building good, reliable cars.

I won’t attach an image or video to this one, on general principles. :)

It took long enough, but it looks like Jaguar is finally back in the game with their replacement for the awful S-Type. The lines of the new car are lovely – aggressive but elegant – and the swish interior follows the same recipe, without overdoing it like Lexus.

There are cues from other cars here but Jaguar seem to have moved on from the dreadful bit-for-bit antics of the late nineties, when they rolled out an XK that was difficult to tell apart from the DB7, the aforementioned awful Rover 75 clone, and their dire Mondeo-in-all-but-name, the X-Type.

The rear light-cluster is definitely reminiscent of the DB9, but only enough to pay homage to the master of British coupÃ© building. Jaguar have proved with the wonderul XJ that saloons are what they’re good at, so perhaps they should concentrate on becoming the master of British saloons again, and leave coupÃ©s to Aston? Or is the next E-Type in the works?

If you’re not into motors I’d suggest coming back tomorrow. :)