The upshot of this story is that the Irish Data Protection Commissioner has come out against the use of biometrics in Irish schools. TBH I have to wonder how Mark Ballard got that from the commentary on the Commissioner’s website – which could have been written by a Fianna Fail PR hack – but that’s not really what caught my eye anyway, it’s this bit:

“a vast majority of parents had no qualms about the scheme after schools assured them it would only be used to track pupil attendance and that data would not used in criminal investigations or otherwise shared.”

Sure they won’t, until it’s something important like a murder investigation, and sure since we’ve done it once now sure we can use it for this stabbing too, and sure and since it was used for the stabbing we should use it for when that fella gave yerman a dig too, and sure now we’re using it all of the time, sure and begorrah we might as well make it a national database.

Are people really that stupid that they can’t see the long term consequences of programmes like this? Can they not see past the next corner? Or is that a stupid question? Seriously folks, don’t expose your children to this. It’s a slippery slope, and Irish bureacrats and politicos have very bad shoes.

PS. The Reg deserves credit for the headline, not me; see their URL. Bizarre they didn’t use it instead of the shite they used in the end. Did it sound too much like kiddyfiddling or summat?)

There’s been a lot of talk about offline AJAX recently, but one of my favourite OSS developers has spent more time writing code than they have talking, and today released the fruits of their labour, Zimbra Desktop. It’s alpha, it’s an evalution, but it’s ready for download and that’s what it’s all about.

The lads in Google would want to spend more time delivering and less timeÂ embracing and extending if they want to keep up, because Gmail is looking increasingly dated these days. Less hiring and more firing Eric. Lose the marketroid dross.

I hadn’t heard of this Ubuntu-based alternative to media center applications like Windows MCE and PVRs like Sky+. The feature set is incredible, with PVR functions provided via the well-respected MythTV, telephony via the venerable Asterisk, plus home automation and home networking features I have to admit even I hadn’t thought of. I’m still a year or two away from owning my own home, but I can tell you right here and now that this’ll be going on a rig in a cupboard somewhere. I’d highly recommend viewing the demo video, if just for the bizarre commentary and mid-video end. :) 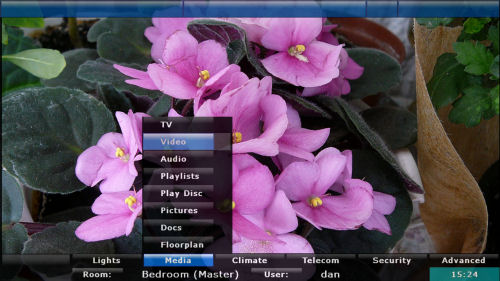