Been a while since I did a motoring post. Isn’t this wonderfully retro? It’s just a pity Cadillac is still working with that pig-ugly grille. (With apologies to pigs.) 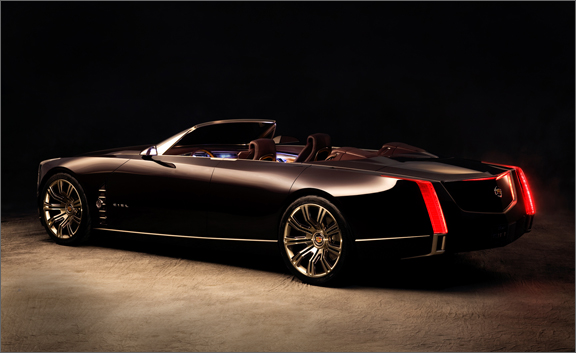 Cadillac tells us that this is not a direct preview of its rumored flagship, but we think it should be. The Ciel—pronounced “CL,” it’s the French word for “sky” and not, according to Cadillac, stolen from some German luxury brand—concept unveiled on the eve of this year’s Pebble Beach weekend has all the presence of any great halo car. The long, low, all-wheel-drive droptop has four doors (rear-hinged in the back), and the open-air cockpit just makes it easier to see the jaw-dropping interior.

via Car and Driver.