Your laptop does WHAT…? 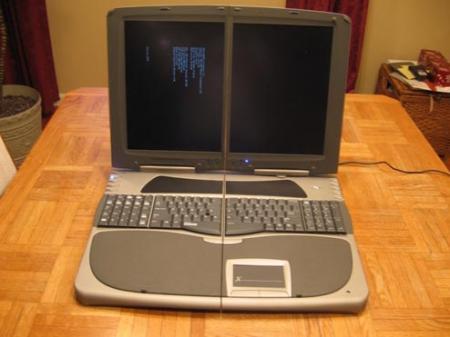 Giz: The system features two 13.3″ screens that can independently swivel for the benefit of friends/colleagues across the table. Together, they combine to measure 19.5″ across and offer a massive display.

If you’re gonna go postal, do it in style!

Wikipedia: Marvin John Heemeyer was a skilled American welder and owner of an automobile muffler repair shop. On June 4, 2004, frustrated over the adverse outcome of a zoning dispute, Heemeyer used a Komatsu D355A bulldozer modified with armor in the forms of steel and concrete to demolish the town hall, a former judge’s home and other buildings in Granby, Colorado. The rampage ended when the bulldozer became immobilized. After a standoff with law enforcement agencies, Heemeyer died of a self-inflicted gunshot wound. Heemeyer had been feuding with officials and individuals in Granby, particularly over fines for violating city ordinances and a zoning dispute regarding a concrete factory constructed opposite his muffler shop that destroyed his business. 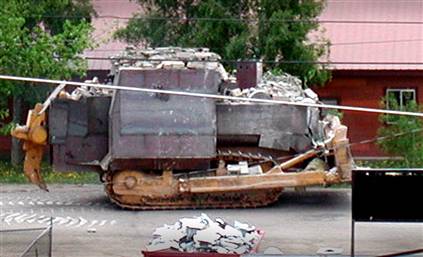