Being a non-gamer, I love this game. Yes, you have to spell fast to shoot people. Real gamers will probably hate it. So, win win. :) 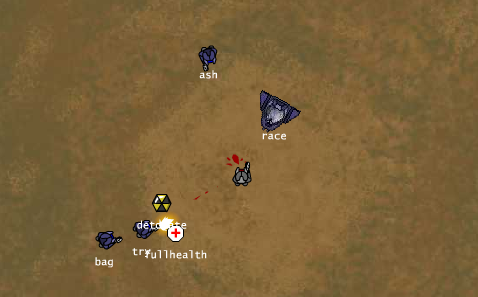 In a follow-up to this post, it seems the Democrats are working to restore habeus corpus rights to “enemy combatants” now too, thank god. Of course this is only part of the problem, as the Bush administration had granted itself the right to declare anyone an enemy combatant, including American citizens, thereby suspending habeus corpus across the board. That needs to be revoked too.

IEDR back in the political message game

This piece in their monthly ezine is worthy of the man of many idenities himself, with suggestion and intrigue built on a foundation of allusion. The second paragraph is so politically charged I actually came to at least three completely different conclusions as I read through it. FFS IEDR, don’t revert to type. Spit it out or STFU.

I notice no-one had the balls to sign either piece. Oh, and while I’m at it, second-level domains. No. No, no, no, for fuck’s sake, no.

Does this sound familiar America?

On the basis of Article 48 paragraph 2 of the Constitution of the German Reich, the following is ordered in defense against Communist state-endangering acts of violence:

§ 1. Articles 114, 115, 117, 118, 123, 124 and 153 of the Constitution of the German Reich are suspended until further notice. It is therefore permissible to restrict the rights of personal freedom [ habeas corpus ], freedom of opinion, including the freedom of the press, the freedom to organize and assemble, the privacy of postal, telegraphic and telephonic communications, and warrants for house searches, orders for confiscations as well as restrictions on property, are also permissible beyond the legal limits otherwise prescribed.

It’s the Reichstag Fire Decree, which was thrown together by Göring the day after the… uh… ‘convenient’ fire at the Reichstag on February 27 1933. Less than a month later the Enabling Act was passed by parliament, giving the Nazis dictatorial powers over Germany.

I just hope the Democrats don’t screw up this next two years. They’re very much the other side of the Republican coin, I don’t have a whole lot of faith in them. America is a long way off the country I wanted so much to visit only a few years ago.